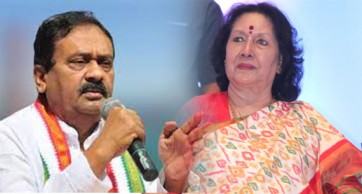 Shabbir, a former minister, said that he has not received any notice from ED. He, however, said if he receives the notice, he would respond to the same.

Geeta Reddy said she has also not received any notice from the central agency.

Their clarification came amid some media reports that the ED has served notices to at least eight leaders of Congress leaders from Telangana summoning them for questioning.

Congress sources said the leaders made contributions through cheques and hence there was nothing wrong in it.

Former minister P. Sudarshan Reddy is also reported to have been summoned for questioning.

The Congress leaders allegedly transferred amounts to the accounts of companies involved in the National Herald case.